Explicating Facts Behind The Menace Of Diabetes In India

The emergence of the COVID-19 pandemic has further highlighted the vulnerability of diabetes and how it has gradually become a ‘silent epidemic’, ailing millions of people every year. Globally, the impact of diabetes is overwhelmingly reducing the life expectancy by 4-10 years in middle aged-people. A condition that is often characterized by elevated blood sugar levels can damage the pancreas’ ability to produce or secrete insulin as much as it is needed to control glucose levels in our bodies. Learning about diabetes and actively participating in its prevention and treatment is important since complications associated are less severe in people having well-managed blood sugar levels.

A diabetic person’s body experiences difficulty in processing glucose from the consumed food, resulting in a build-up of extra sugar in the bloodstream. Mainly, people suffering from diabetes are diagnosed with high-sugar levels (hyperglycemia) but the other complication related to the condition is extremely low blood sugar level (hypoglycemia). It is equally a matter of concern triggering the adrenaline, cortisol, and growth hormone levels in the body. Uncontrolled diabetes in any form can lead to serious consequences causing damage to various organs and tissues, making a person prone to heart attack, stroke, leg or foot amputation, diabetic retinopathy, kidney failure, and other lethal health complications.

Consistent fatigue or weakness, hunger pangs, frequent urination, and extreme thirst are some of the initial alarming signs of diabetes. Generally categorized as Type 1 and Type 2, the former type is better known as juvenile diabetes, and is an autoimmune condition, diagnosed more in children than in young adults (it can also develop later in life). In this, the body mistakenly attacks insulin-producing cells in the pancreas. Around 10% of people with diabetes have Type 1 and are insulin-dependent.

Type 2 diabetes is mostly recognised as a lifestyle condition. Nowadays, majority of people diagnosed with diabetes are found to bee having Type 2, which can be mostly blamed on imbalanced diet, physical inactivity, and excessive body weight. With this type, the body’s inability to make enough insulin is combined with increasing levels of insulin resistance.

The onset of chronic Type 2 diabetes is termed ‘Prediabetes’ where the body responds with higher glucose levels with interchangeable symptoms like sweating, dizziness, anxiety, irritability, or rise in triglycerides, particularly the LDL levels. A senior diabetologist of AMRI Hospitals explained, “In this tricky phase, there is a possibility to reverse diabetes in the long run through diet changes and weight loss. Once diagnosed, there is no cure for diabetes but controlling glucose level without the intervention of insulin dosage can reduce the health complications that come with diabetes.”

Some women develop temporary diabetes-like symptoms during pregnancy, known as Gestational Diabetes. It usually goes away post-delivery but it also increases the risk of developing Type 2 diabetes later on in life.

Diabetes: A Rising Concern in India

While stabilizing the situation of the COVID-19 pandemic, the country has witnessed its ever-rising battle with diabetes. India, which is now being dubbed the ‘diabetes capital of the world’, is going through its worst scenario with a projected spike in cases from 40.6 million in 2006 to 79.4 million by 2030. Time has passed when diabetes was much highlighted among senior citizens, as a surge in Type 2 is widespread among the younger population, causing a major public health concern.

According to Medical News Today, researchers estimate that 57% of cases remain undiagnosed and that speaks for a worrying situation, as the disease develops further complications due to lack of awareness and negligence towards the early signs of diabetes. The fast-paced lifestyle of urban India has made diabetes prevalent among young adults, largely owing to social and economic stress. 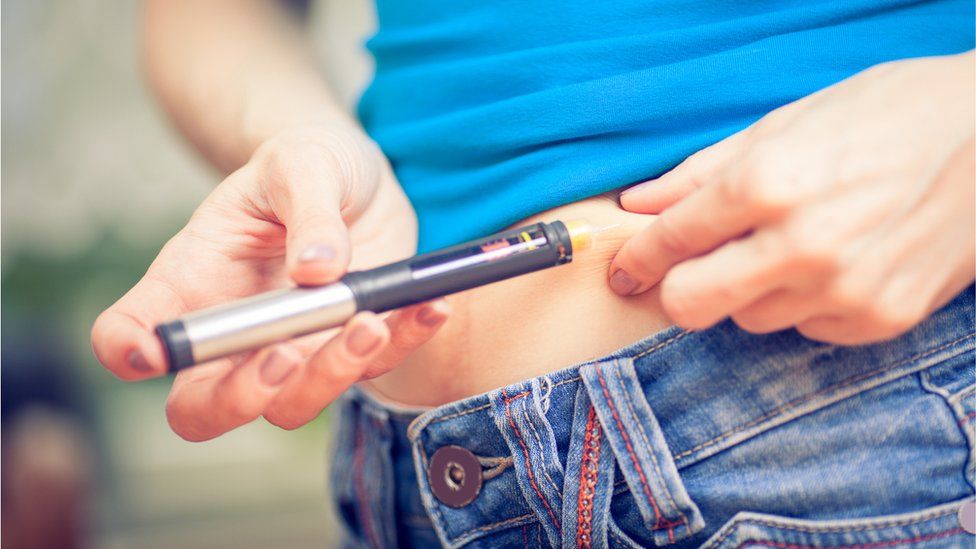 Environmental and lifestyle changes resulting from urbanisation could be a leading reason behind the exponential rise in diabetes cases across the country. Rise in obesity due to sedentary lifestyle, consumption of high-calorie/high-fat diet in the form of processed foods, increasing social stress in the middle-income groups, and lack of screening programmes are the primary factors for an increased prevalence of the condition. Even today, 50% of people having diabetes are the ones who do not possess any early symptoms. It is a disturbing situation where a large group of people having diabetes is left undiagnosed.

The healthcare infrastructure of India also remains at stake, and there is no standard protocol for conducting regular health checkups. In such times, AMRI Hospitals, Kolkata takes a step forward in generating public awareness and contributes in administering affordable screening and diabetes check-up packages. The diagnosis of diabetes requires thorough examination including monitoring HbA1c levels, HDL/LDL cholesterol, urine ACR, haemoglobin, and creatinine, testing all of which is available in this reasonable package along with free consultation from a qualified diabetologist.

When we are standing on the verge of this global epidemic, it has become highly important to educate the population and give easy access to diabetes care to all. Diabetes is a chronic debilitating disease that can be prevented and controlled by incorporating a healthy and stress-free lifestyle. Effective diabetes management initiates with taking a look at your eating behaviour, signing a weight loss programme, less calorie intake, and regular assessment. These steps show significant results in reversing early onset of diabetes but its associated disorders such as hypertension, high cholesterol, cardiovascular disease, non-alcoholic fatty liver disease, or sleep apnea can cause irreversible damage.